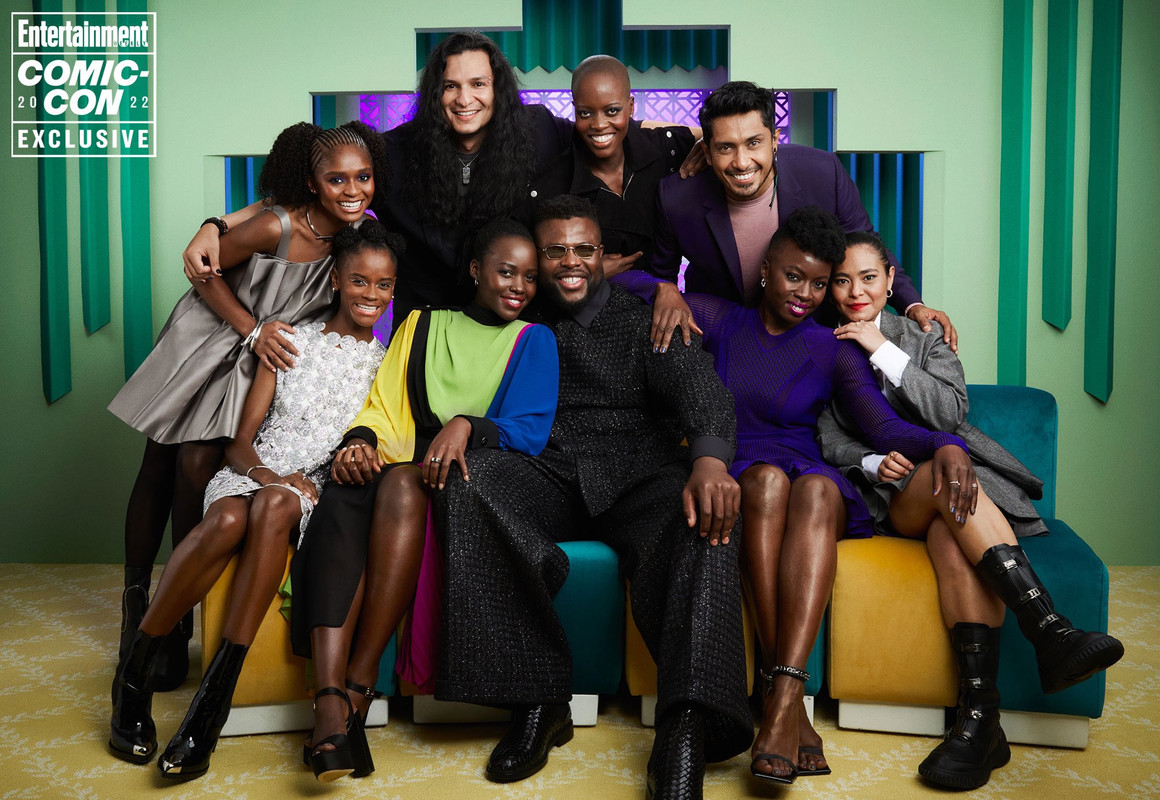 Namor (Tenoch Huerta) is the ruler of the underwater kingdom of Tlālōcān, born in the 1500s from a human explorer and the queen of Tlālōcān, and assumes the throne after his mother is murdered when he is a child.
>Namor fights Spanish conquistadors during the colonization of the Americas, and leads his people into the ocean after the fall of the Aztec Empire to protect them from the humans.
>On present day, King T’Challa dies of an illness and his sister Shuri (Letitia Wright) his reluctant to assume the throne, so their mother Ramonda (Angela Basset) becomes the regent.
>Meanwhile, young inventor Riri Williams (Dominique Thorne), who attends MIT as part of Shuri’s Wakanda Outreach Program, creates a device that can locate Vibranium.
>Riri’s mentor Dr. Graham (Lake Bell) is using the device to search for Vibranium in the ocean when she awakens Namor, who attacks their ship and kills Graham and her team.
>Namor wants the device so he can use Vibranium to restore a dying Tlālōcān to its former glory and reclaim the world he believes belongs to them.
>Namor sends his enforcers Namora (Mabel Cadenas) and Attuma (Josué Maychi) to capture Riri and retrieve the device.
>Riri contacts Shuri for help and manages to escape from the Atlanteans in a makeshift suit of armor made of spare car parts.
>Shuri and Okoye (Danai Gurira) rescue Riri and bring her to Wakanda, where they plan to use her device to find and protect other Vibranium sources across the planet.
>Namor arrives in Wakanda during T’Challa’s funeral and demands Riri and the device. Wakanda refuses to turn them over, and Namor declares war.
>Meanwhile, T’Challa’s death causes the United States government to renege on their peace treaty with Wakanda and deploy the military to obtain their Vibranium.
>Shuri reproduces the Heart-Shaped Herb and ventures into the astral plane to ask T’Challa for advice, but instead finds Killmonger (Michael B. Jordan), who is repentant over his past crimes and teaches Shuri how to be a warrior to she can protect her home.
>Shuri becomes the new Black Panther, and gives Vibranium-enhanced suits and weapons to M’Baku (Winston Duke), Nakia (Lupita Nyong’o) and the Dora Milaje. Riri also builds herself Vibranium armor and becomes Ironheart.
>The military infiltrate Wakanda, but are defeated. Namor then floods and invades Wakanda, and Ramonda dies in the assault. Shuri and M’Baku fight Namor, Nakia and Riri fight Namora, Okoye and the Dora Milaje fight Attuma.
>Shuri defeats Namor, but spares his life, and Namor and his forces retreat. Shuri appoints M’Baku as the new king of Wakanda while she continues as its new Black Panther, and Wakanda cuts ties with the United Nations.
>Nakia reveals that she has a son with T’Challa and Shuri, Okoye and M’Baku begin to train him to succeed his father as king and as Black Panther in the future.
>In a mid-credits scene, Doctor Doom reveals himself as the Dr. Graham’s employer and the mastermind behind the war between Wakanda and Tlālōcān.
>In a post-credits scene, Riri locates Vibranium in the Savage Land in Antarctica, and so does Valentina de Fontaine (Julia Louis-Dreyfus), who deploys the Thunderbolts to retrieve it.
>Okoye is in a relationship with another Dora Milaje, Aneka (Michaela Coel).
>Shuri was meant to be the new Black Panther, but due to Letitia Wright’s difficult behavior on set, they shot an alternative ending where she gives the mantle to M’Baku, but have not yet decided which version they will use. 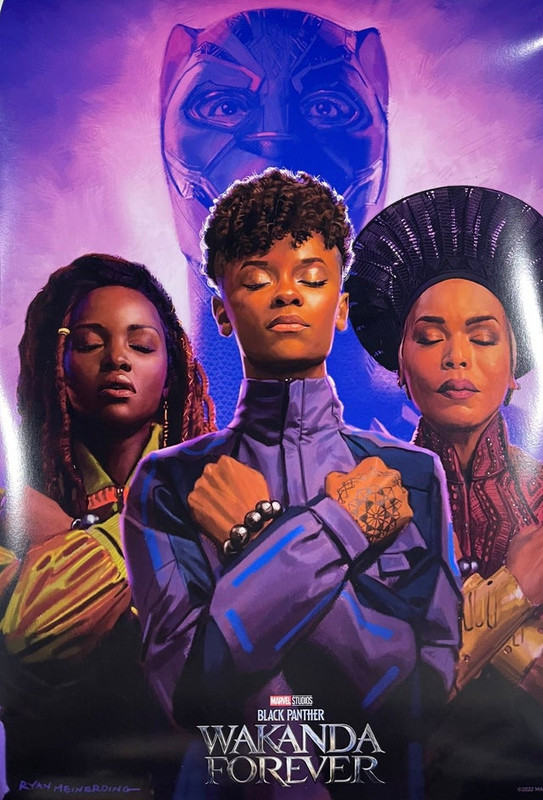 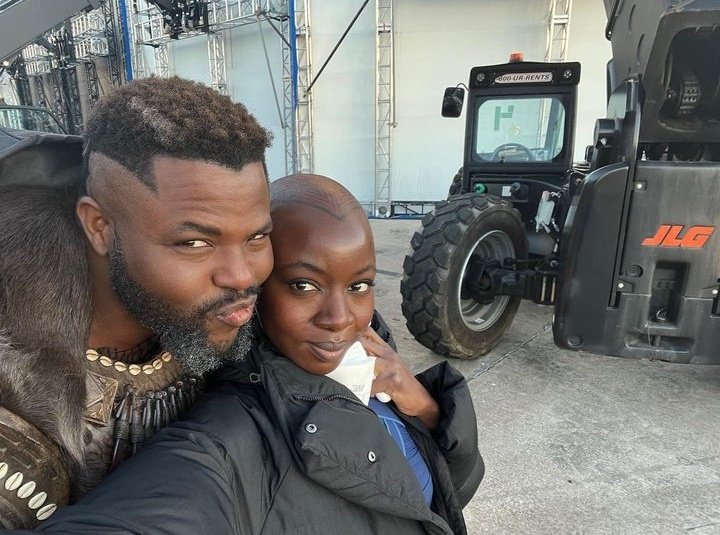 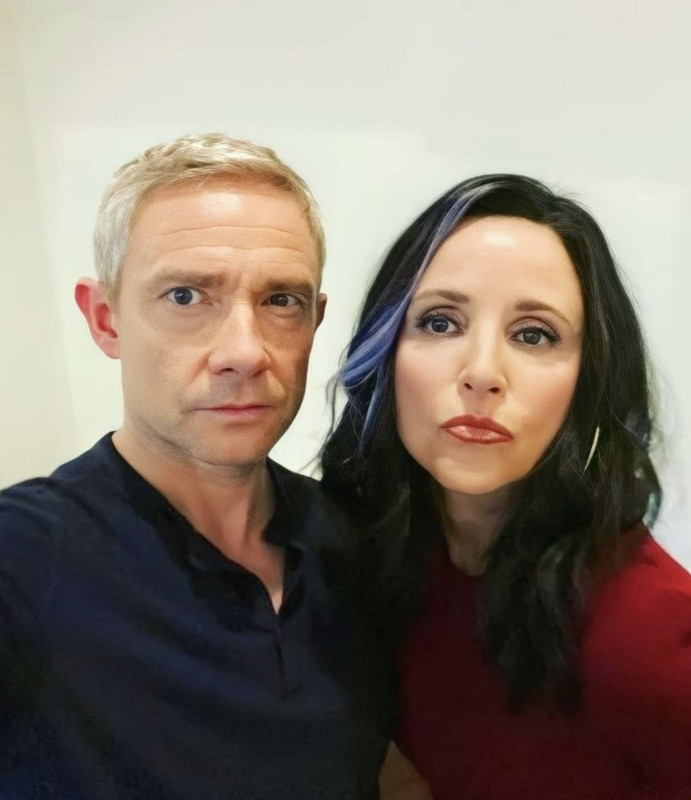