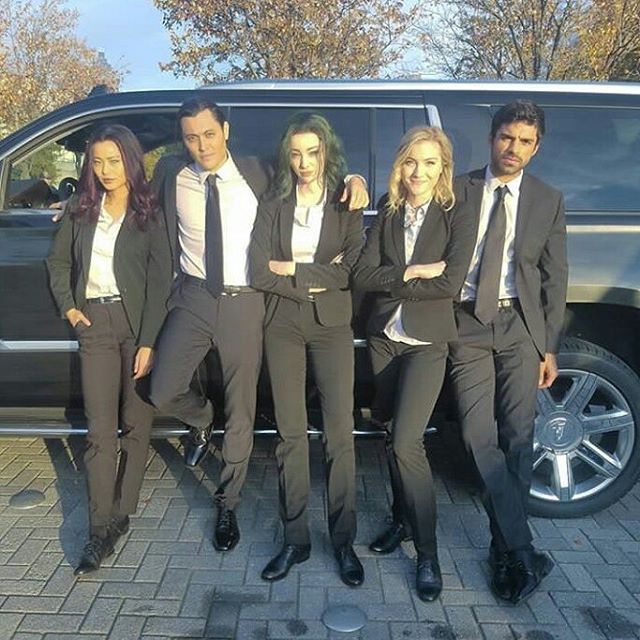 
Who do you hang out with the most outside of work among the cast of The Gifted?

Honestly, we all see each other all together on a pretty regular basis. So the answer is everyone. But I guess Stephen Moyer, Natalie and Amy and I are neighbors so I do see them frequently. And Jamie Chung has a dog who is best friends with my dog so we also spend a lot of time together LOL.

Which part of being the frost sisters you love the most? And Skyler you are the best!

Thank you! I love that i'm always challenged playing the sisters, especially since they're each evolving in their own ways. It gives me a lot to play with at work, I really enjoy it

If you could work with any actor and actress living or dead who would you choose?

Ugh, there are so many! All right I'm gonna give you a few in a list in no particular order:
1. Jack Nicholson
2. Maryl Streep
3. Amy Poehler
4. Steve Carrell
5. Oprah

Is it weird watching the show and seeing 3 of yourself together? Haha I love when they talk in unison

Sometimes it is a little weird but to be honest, when it's all edited and comes together, it feels like I'm watching someone else. It takes a shift to be like, "oh yeah, that's three Skylers!"

Did you know who you were auditioning for when you auditioned or did you fined out when you got the role?

I auditioned with dummy sides and when I was in the audition room, one of the scenes had 3 different female dialogue but the note at the top said "please read all the female roles" and when I read that I did them all as one character. But then the casting director said to read them all as 3 different people, "more like triplets." And I was like triplets? And so I had to switch it up on the fly but got the role and found out the role later and I'm so happy because this is most fun character I've played to date.

Will we see how the Frost Sisters Met Up With Reva?

I can't answer that question exactly without giving too much away, but we will get to learn more about Reeva and the Frost Sisters' dynamic behind closed doors.

Which mutant would you love to see make an appearance on the show who hasn't yet and do you have a favorite mutant other than the frost sisters?

I think it would be fun, and I don't know if this would ever happen, but it'd be really cool to have a character related to Wolverine.

My day is going great! Just did a couple of talk show appearances and now I get to come home and hang out with my mom!

What part of Season 2 of the Gifted are you looking forward to the most?

I'm looking forward to seeing how Esme's relationship to her sisters changes. There's a lot of pressure on the sisters this season and it's only a matter of time until that pressure catches up to them...

How can you tell the difference between the sisters?

There's little hints to tell the sisters apart so I use them to keep them separate. Sophie has the highest speaking voice and has her left hand over her right hand. Esme sounds the most like me and has her arms crossed and Pheobe has the raspiest voice and has her hand on her hip.

What do you look for in a relationship?

Honesty... And unlike the Frost Sisters, NO MENTAL MANIPULATION... but, actually.

What is the Frost sisters relationship to Polaris this season?

The sisters between the 3 of them, we start to see a little bit of a faction. When they're all together, they're trying to keep Polaris engaged in their mission. But as the season goes on, we might see Esme and Polaris make a little alliance on their own.


Big fan of your character(s)! I’m just wondering how the special effects are achieved, especially in scenes where you can see all three of you saying the same thing at once. Is this just green screening? Multiple layers? How do they get the lighting right?

So this going to be a few parts:
1. there's a few different ways we shoot the triplets. the first tool is that we work with two different actresses, they dress up with me and read the parts.
2. we do a lot of split screens, similar to green screens, they'll stitch me in digitally later so i'm looking at myself.
3. we have an on-set digital FX team that after a take they can show what it looks like to have all 3 of me on the screen so it's instantly gratifying to see the payoff.

If you could actually have any mutant power, what would it be?

I would love to time travel, that would be fun! If there was a way to do it and make sure I could come back to my own time that would be good. I'd go all over, Marie Antoinette era in France and the Roaring 20s in New York and even the 70s in London. There's all sorts of periods I'd love to go to!

if you weren’t playing the Frost Sisters, who would you want to play?
Also, this being a Marvel show, who’s your favorite Marvel character?

I love your username because I love kale chips in real life.
if I weren't playing the Frost Sisters, it'd be really fun to play Emma Frost. I don't know if that will have a role on The Gifted but I'm very interested in that family dynamic and that would be fun.

However, my favorite Marvel character is Captain America. Mostly because I have a crush on Chris Evans, but who doesn't?

Hey, Miss Samuels! Big fan of your work on the first season of Scream Queens! What was your favorite scene to shoot from that first season?

There was a scene where Keke Palmer and I were in a convenience store and I had to shoot a stun gun which was pretty funny. It was a bedazzled pink stun gun so it was the girliest thing you've ever seen. It was ridiculous but so funny.

Could you tell us more about how you came to have Matey and how he lost his eye? Can you speak a little about your Instagram quote about the two most important days of a persons life and what that quote means to you? Thanks!

I rescued Matey (my dog) 3 and half years ago when I was working in New Orleans. I found him in a shelter where he had been left and at the time I met him, he had two eyes, but one was super infected and it seemed like he experienced some abuse. It was pretty clear early on that we would have to remove the infected eye. He also didn't have all of his teeth, he had this snaggletooth. So with the one eye and the snaggletooth, it was only right to call him Matey.

For the quote, I'm a big believer in finding and believing in your own purpose in life. I don't always think it's just one thing, I think our purpose changes depending on the season of our life. But to me, that quote really captures two of the best things that life has to offer: life itself, and the fact that we can discover why we're here and our purpose in the world. And I think that's a pretty phenomenal thing.
Are you going to be going to any cons soon?

I would really like too! I'm working on scheduling a few of those. We finish filming in a little less than two months, so when we're done I will definitely be doing some cons at the end of this year, beginning of next year. Be on the lookout!


What is your favorite episode of season two so far?

We're almost done filming the second season and my favorite episode hasn't aired yet, but look out for it. It's a flashback episode of where the Frost Sisters come from... and there is a lot of surprises!

Are there any specific comics/tv shows or movies you've taken inspiration from?

Just in the fact that she plays a lot of people, I'm very inspired by Tatiana Manslany on Orphan Black. I've learned a lot from watching her play multiples.


How many episodes do you film a day?

Haha, I love your enthusiasm. It takes about 8-10 days to film each episode.

Which one is your favorite out of the 3?

Hmm... I like them all and fear them for different reasons. But I like Phoebe the most. She's extra feisty and unpredictable, it's very exciting.

I'm wondering if you could pick, who would you want to play Emma Frost on the show? 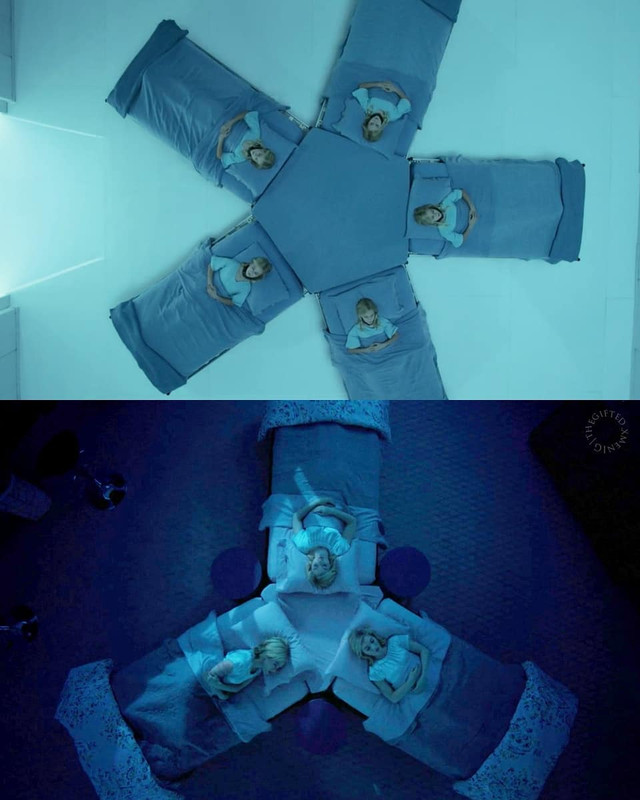 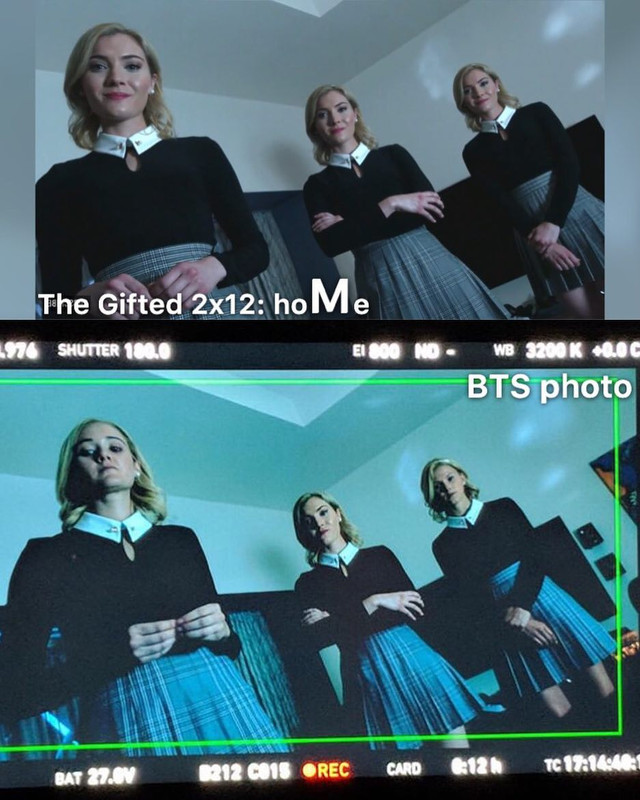 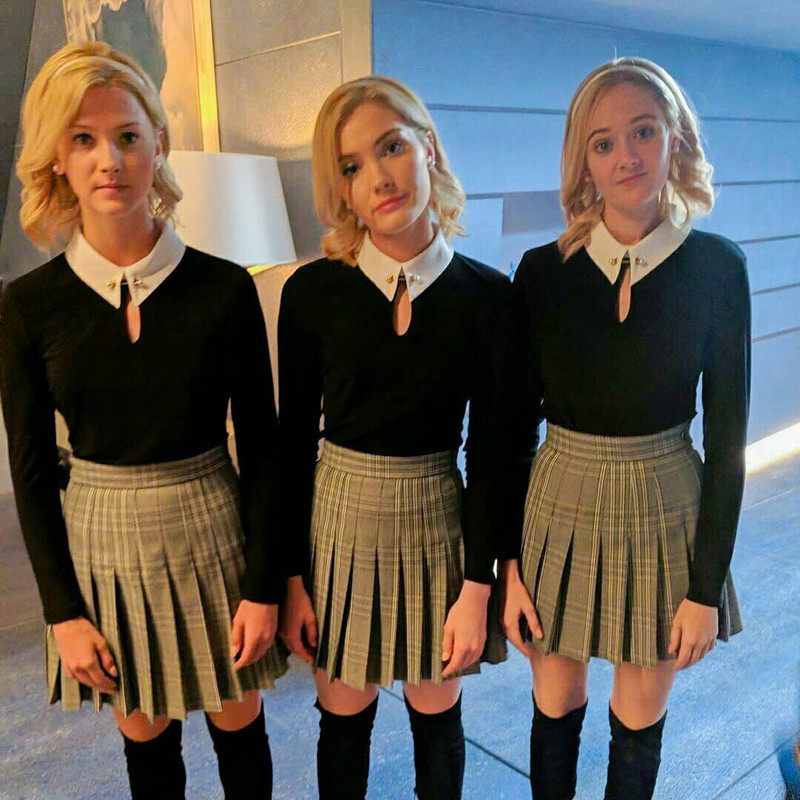 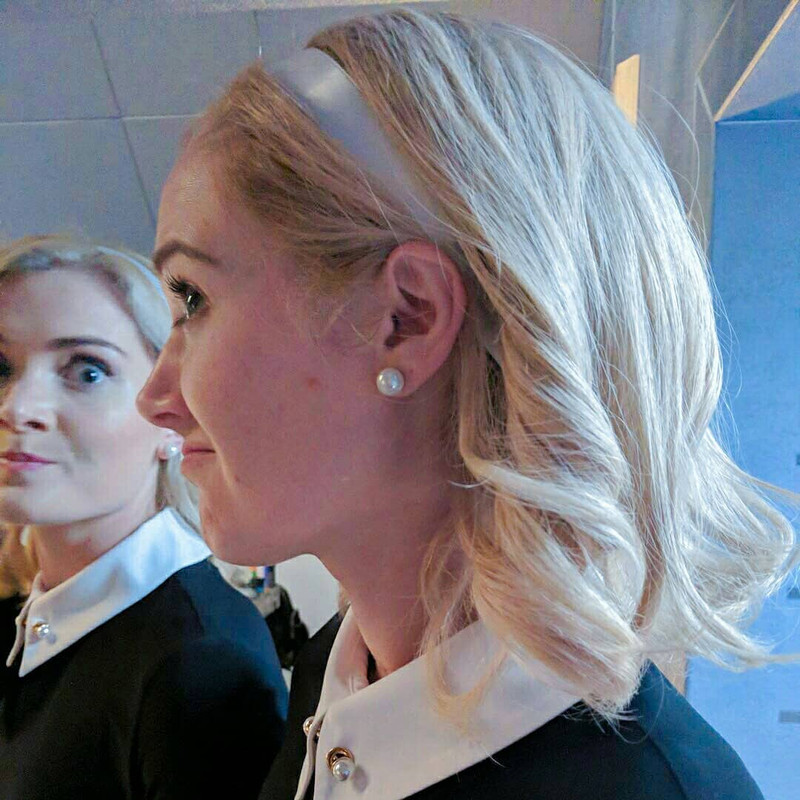 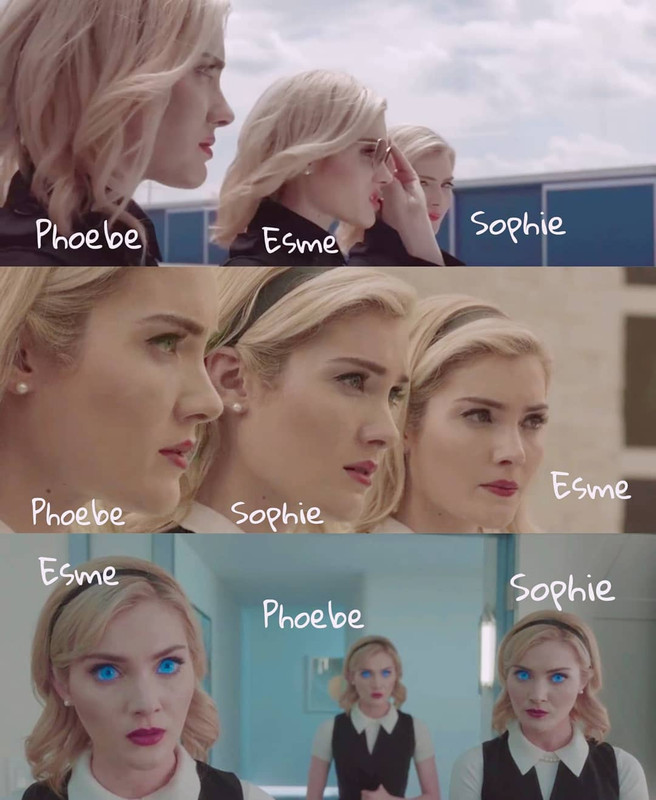 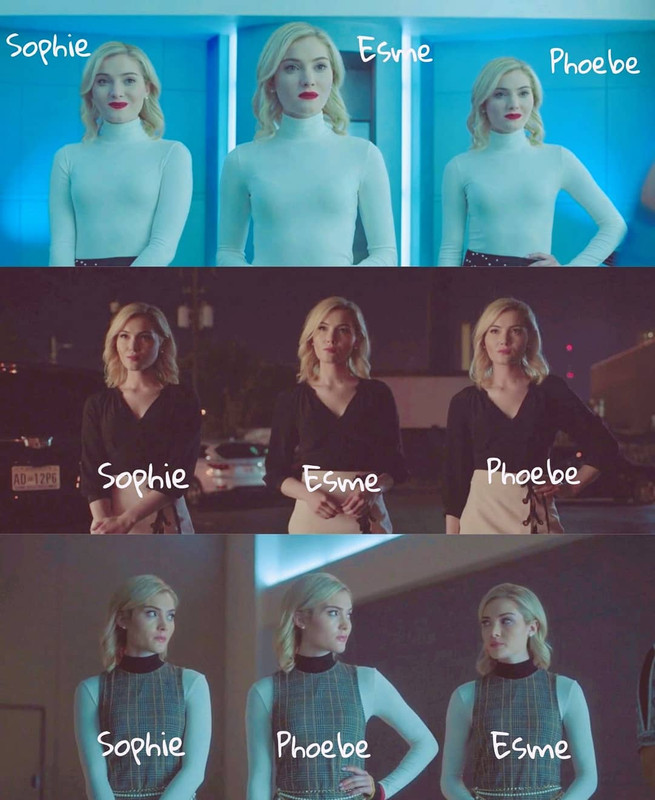 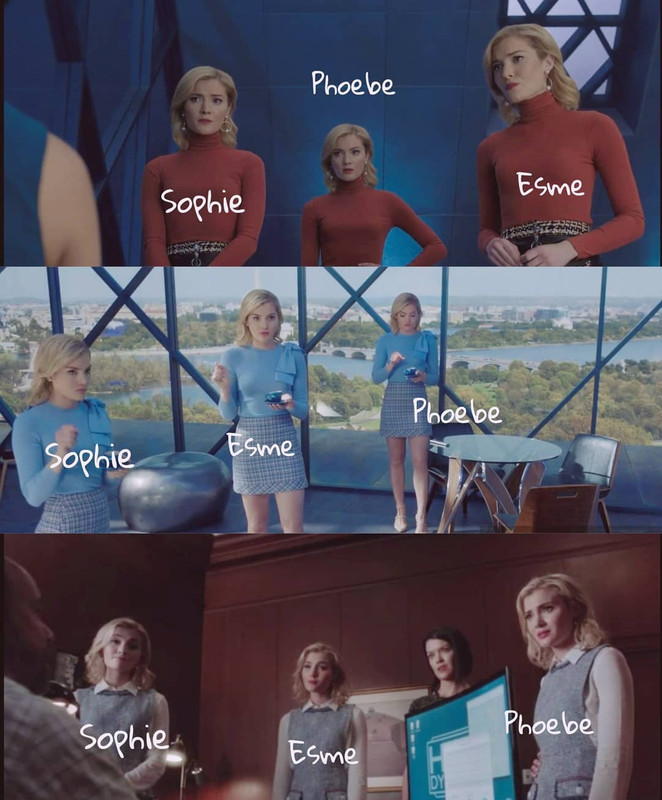 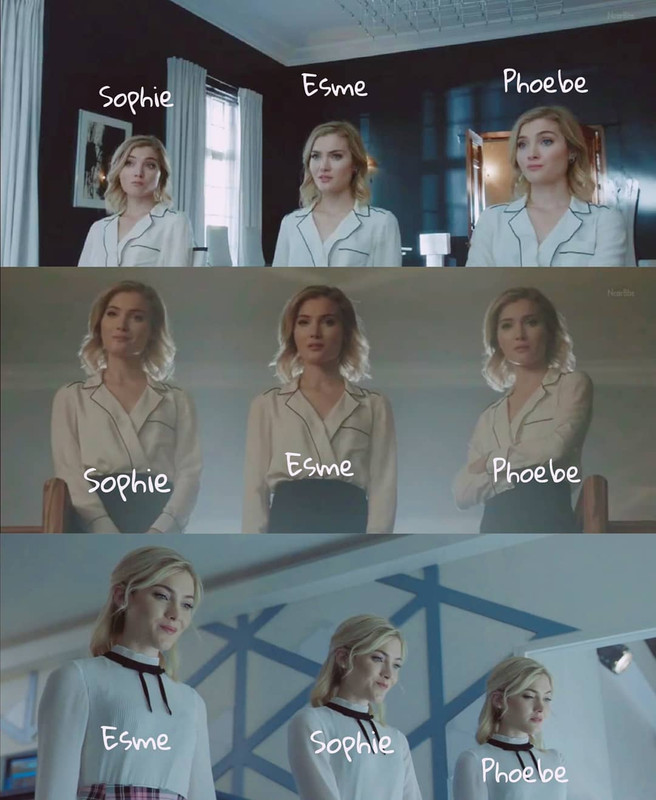 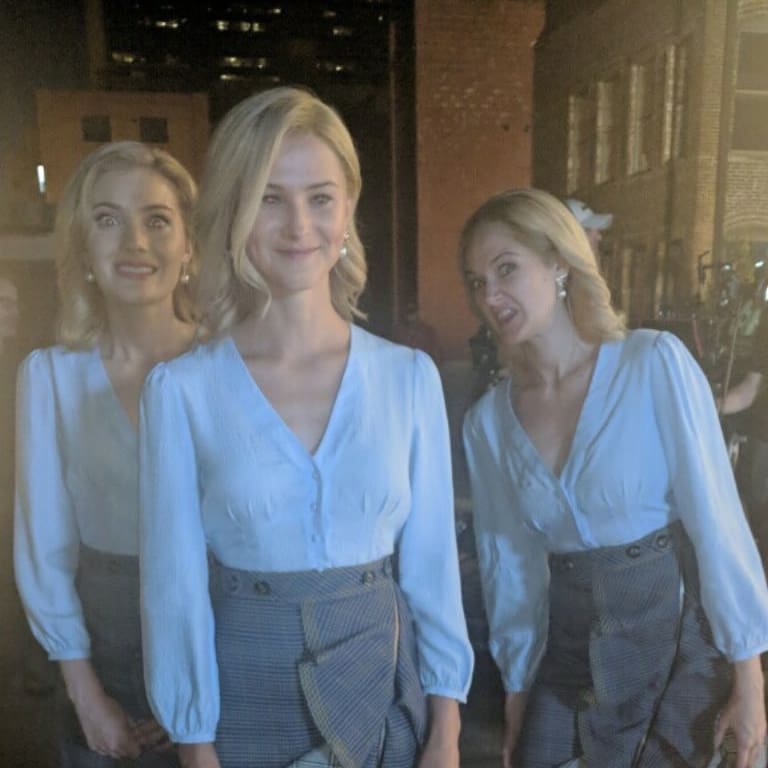 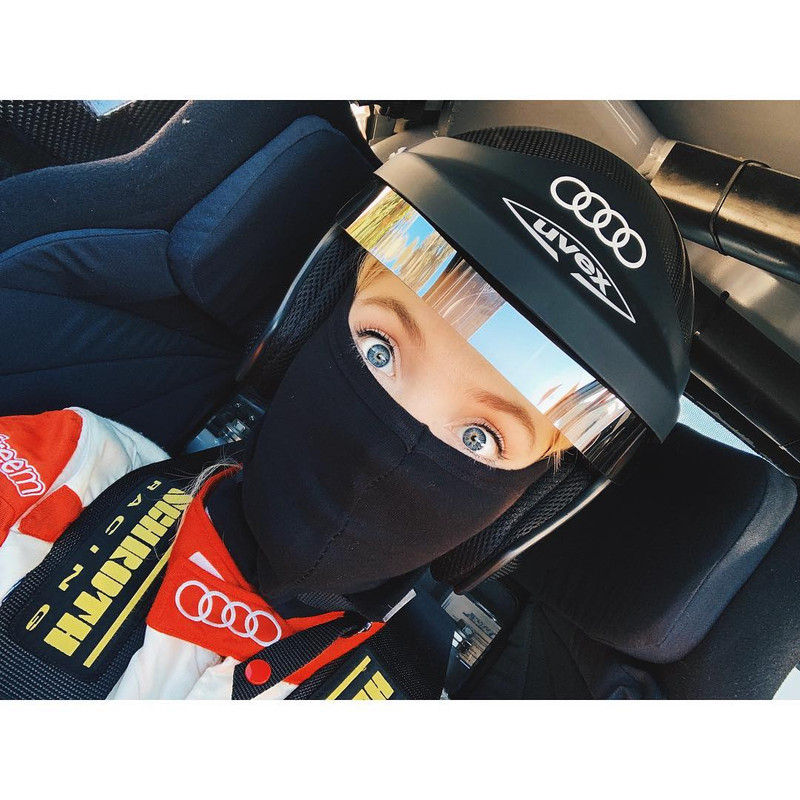 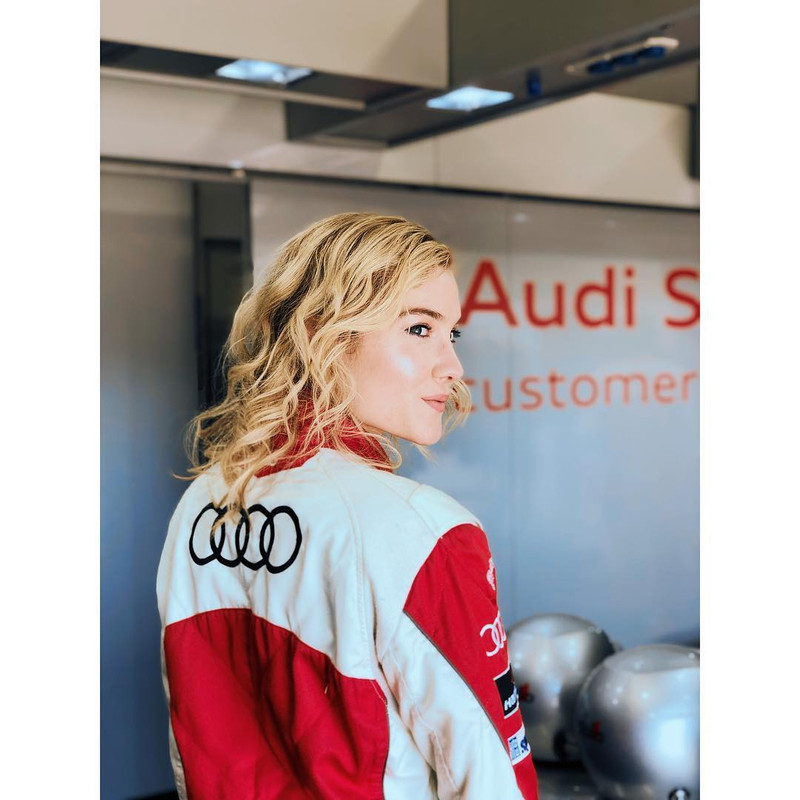