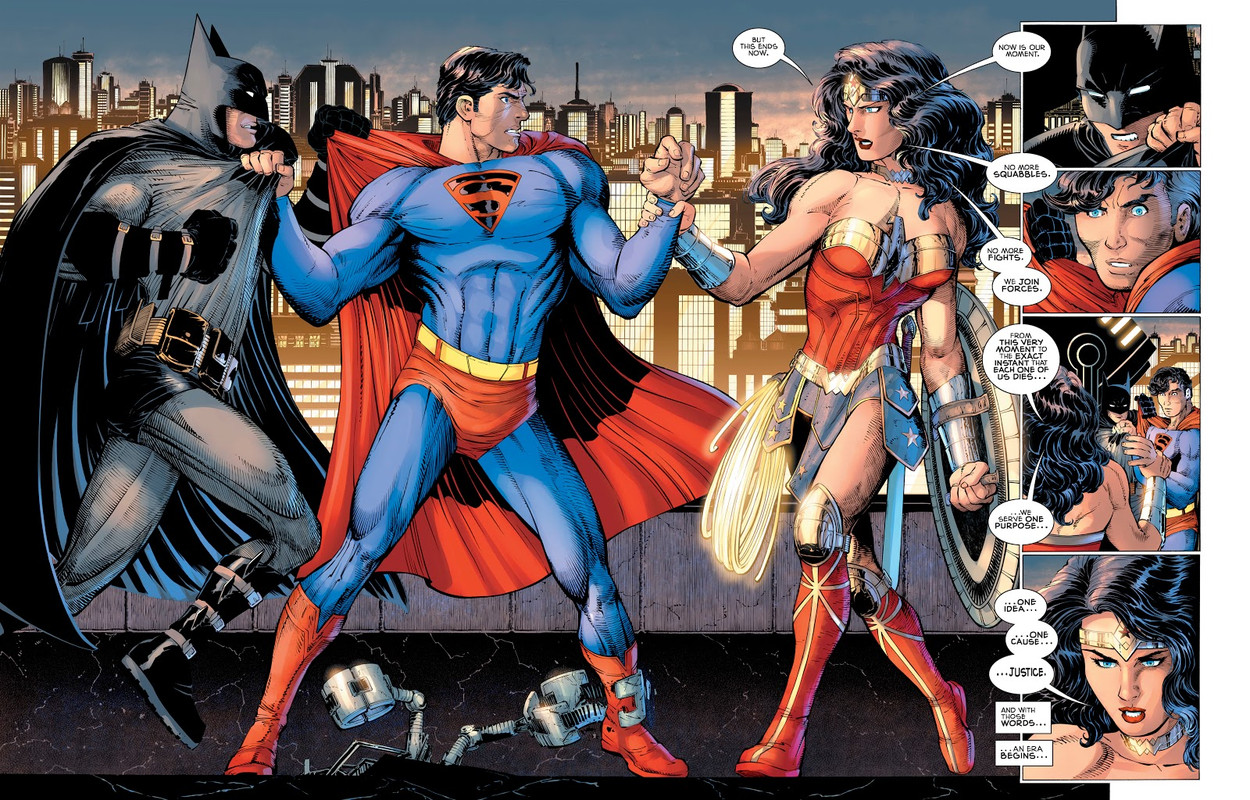 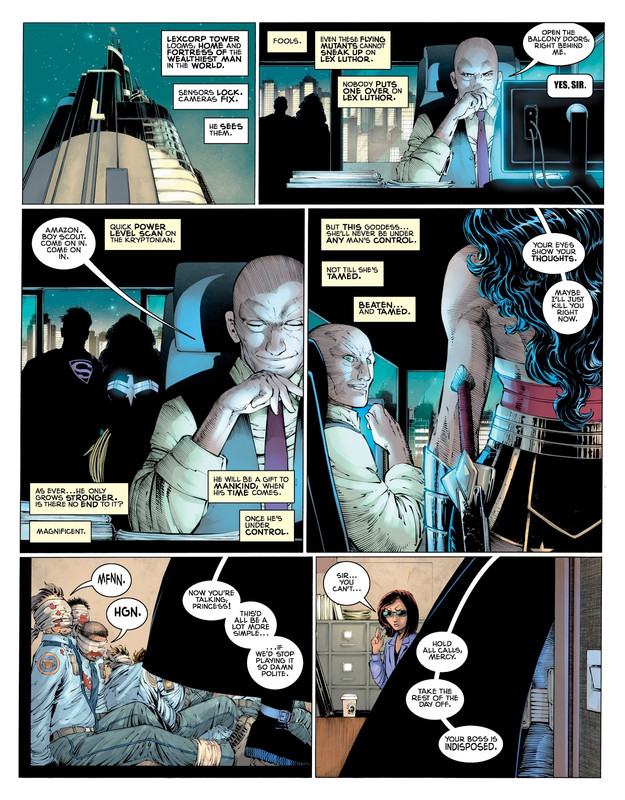 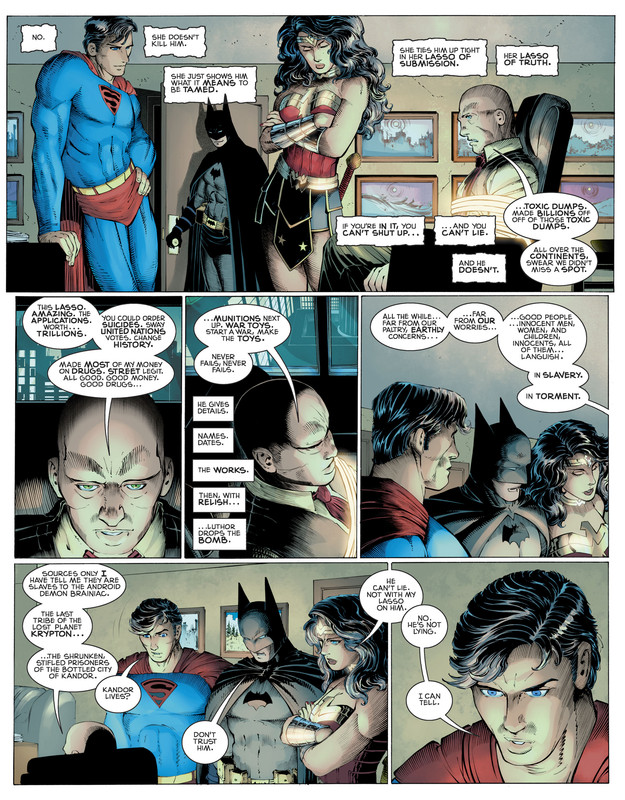 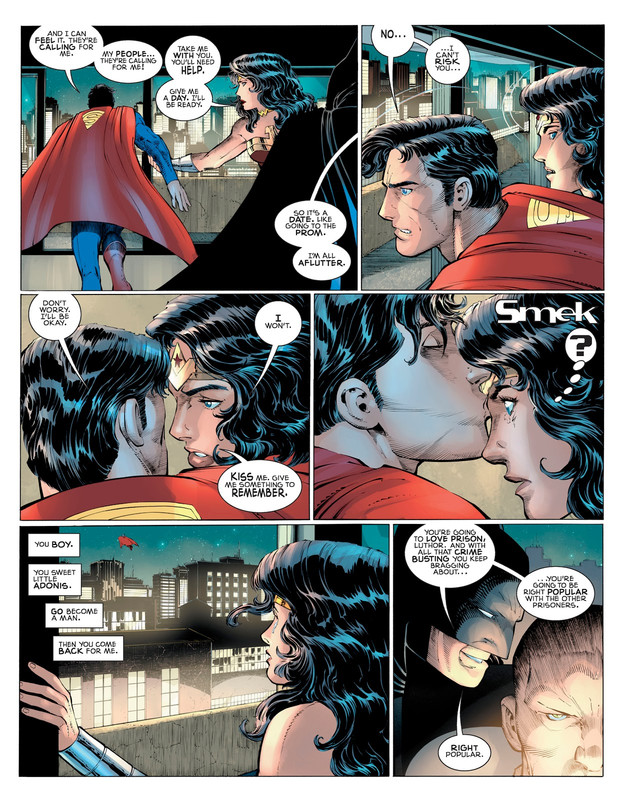 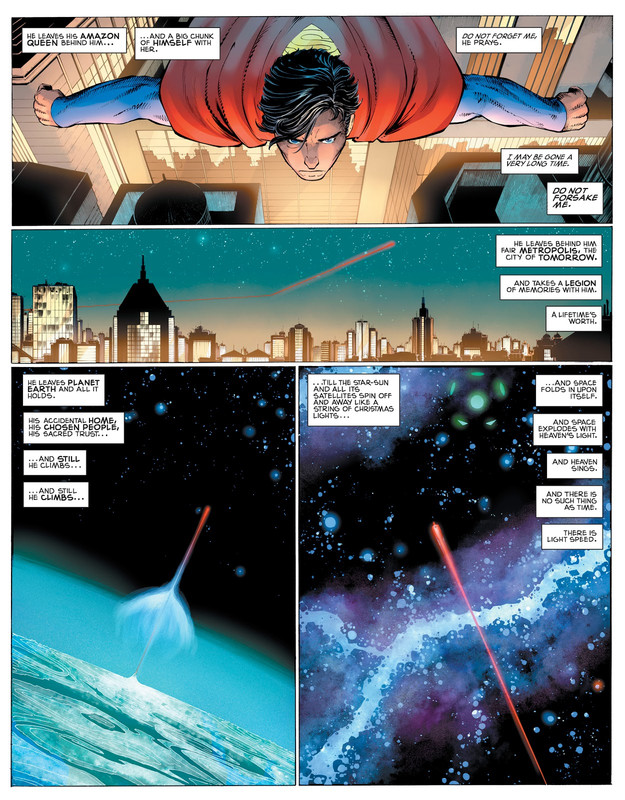 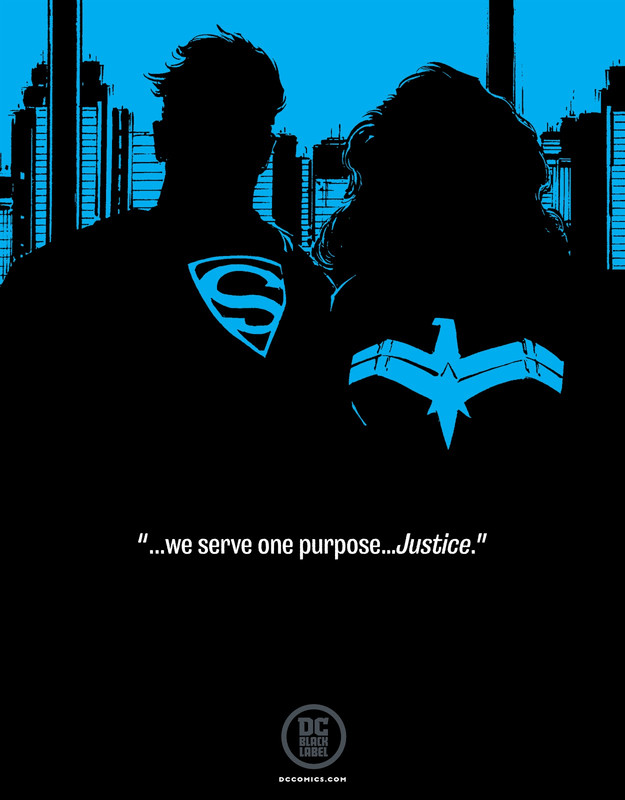 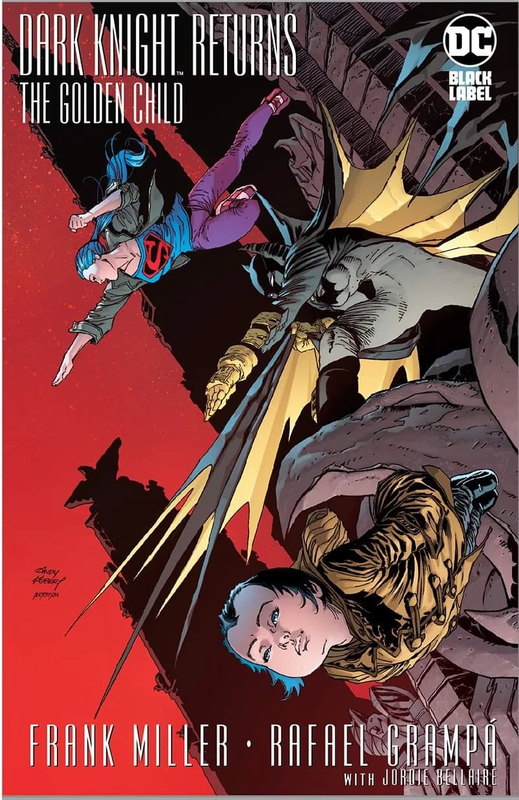 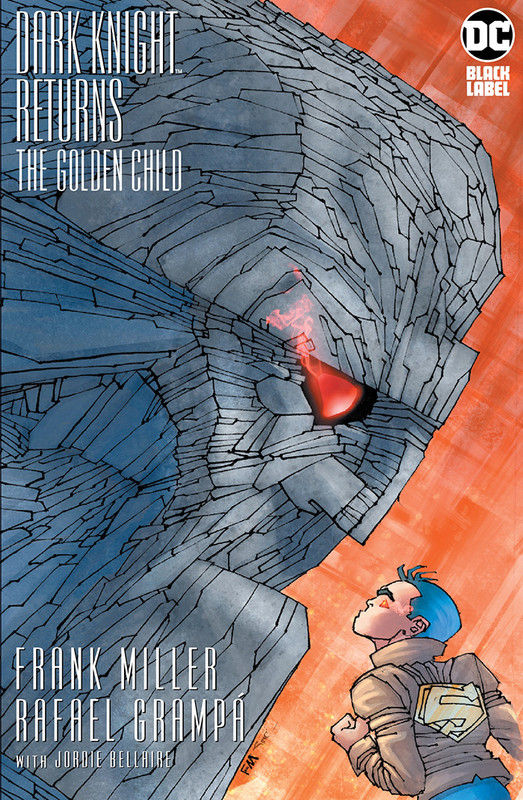 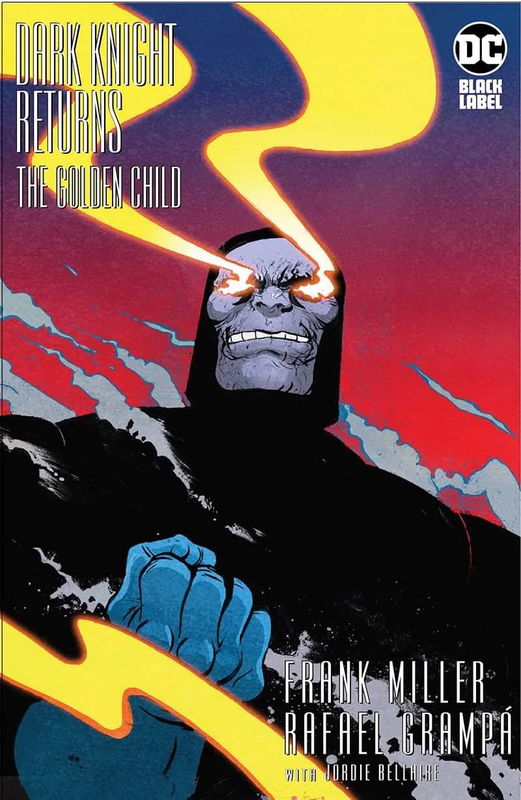 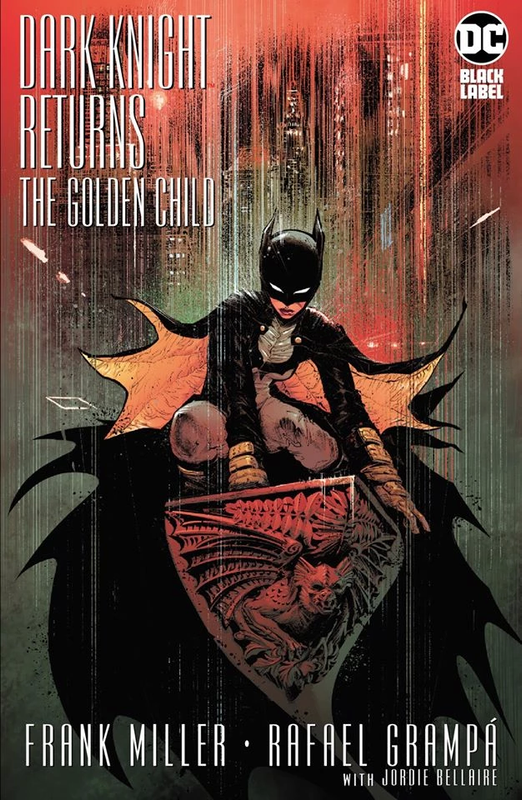 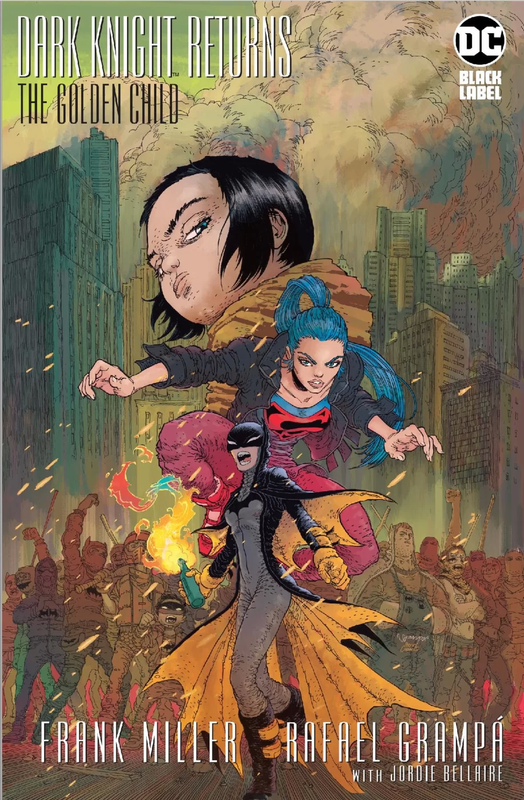 Legendary comics creator Frank Miller is headed back to the world of The Dark Knight Returns again, telling a story that shows just how different the next generation of heroes in his future have turned out to be. In The Dark Knight Returns: The Golden Child, a one-shot written by Miller and featuring art by Rafael Grampa, Carrie Kelley – now fully realized as Batwoman – and Jonathan Kent will team up to be a bizarre and unpredictable riff on the “World’s Finest” team-ups of the past. Bizarre, in part, because Jonathan Kent is a toddler but, possessed of super-intellect (a power mostly used during Superman’s Silver Age adventures), he has become what Miller describes as a “floating Buddha.”

While Jonathan’s sister Lara took on the warrior attributes of her Amazon upbringing, Jon has access to all of Krypton’s wisdom and knowledge at his beck and call. And that can make for a very different adventure than his father, whom The Dark Knight Returns’s Batman had derided as acting without thinking, and relying too much on his powers.

“Jonathan did really evolve since DK3,” Miller told ComicBook.com. “He’s in it himself, but what comes next – Lara as the daughter of Superman, having all the power and fury and sturm und drang, to all of a sudden have the boy being this floating Buddha with all the wisdom of Krypton, seemed irresistible. In Dark Knight Returns, Carrie comes in and is really the daughter of Batman. And Lara in DK2 as the rather surprising daughter of Superman, and the third one, we’ve got Jonathan.”

Miller wanted to explore what he calls the “turbulent” relationship between Batman and Superman in most modern comics – that, of course, is a relationship that both he and The Dark Knight Returns had no small part in shaping over the years. But rather than doing it with two old men over drinks, Miller moved the dynamic on to the next generation and asked himself, what would it look like if the daughter of Batman was suddenly somewhat responsible for a being as powerful as the child of Superman and Wonder Woman?

“Partly what I’m up to, I’ve got to admit, is a bit of fun,” Miller said. “I’m playing off the very turbulent relationship I gave Superman and Batman. In this situation, it’s almost a reversal, in that Carrie is working with a boy who’s very much her junior, and is just discovering things – just discovering what people are. As innately wise as he is, she’s showing him the ropes. She’s very much a big sister…but she knows she’s dealing with an atom bomb in terms of power, and she’s trying to guide it.”

Miller has made no secret about his desire to see more stories told with Carrie Kelley, including the potential for middle-reader adventure stories in the vein of Nancy Drew. But of course, the world of The Dark Knight Returns has become more and more fleshed out as sequels have come in the new millennium. While The Golden Child reads differently than the previous installments, it remains very much a story told in that same world. And while Miller admits that there are DC heroes he would love to play with some more, he seems to be enjoying working with his own original characters first.

“I do have a take on The Atom I’d love to do, and each one of these characters is so well-conceived that there are ways you can approach them that nobody’s done yet,” Miller explained. “I won’t go into each example because I don’t want to be throwing too many ideas around. What I’m really into with this project, is exploring the switch from generation to generation. I think that’s a powerful motif, and I love the idea of Dark Knight going from this story about a hero facing age (and the first Dark Knight, he spends the whole thing moaning and groaning about how old he is and how much his bones hurt) and having it move now into how the characters are young and untried and learning the ropes.”

The end result of decades of storytelling set in this universe seems to be that Miller has an opportunity that few creators – other than Savage Dragon’s Erik Larsen – have: to comment on culture and the characters by allowing them to more or less age in real time and evolve alongside the rest of us. But don’t give him too much credit for that, he jokes.
“I wish I could say I planned it that way, but orignally, I planned for the ending of the first Dark Knight that Batman was going to die and I changed it,” Miller said. “So these things are not as planned as we often like to pretend they are. The stories do come naturally, the characters start demanding things by themselves, and that’s usually when the stories get better.” 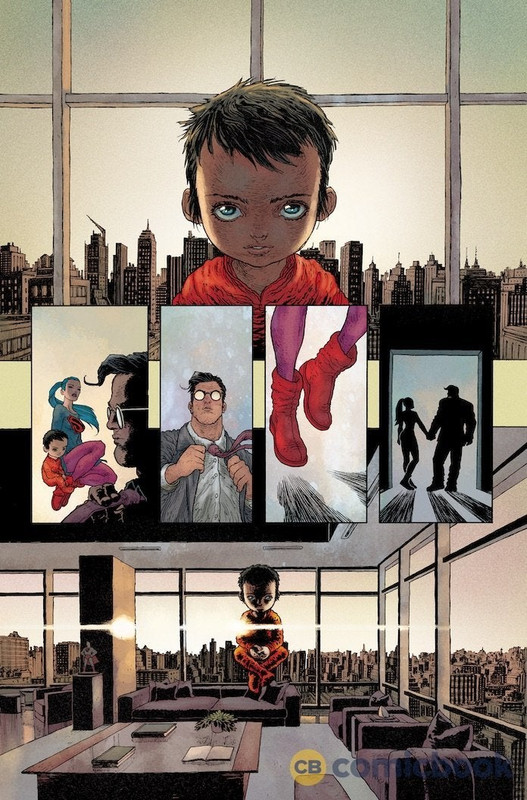 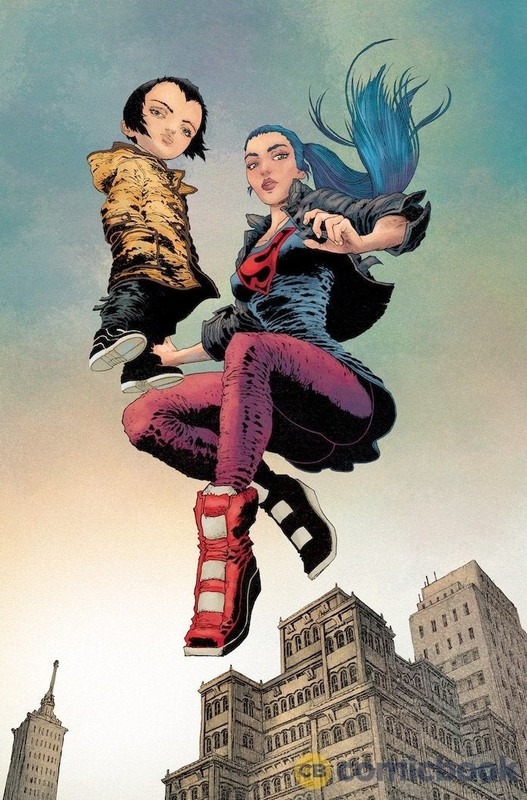 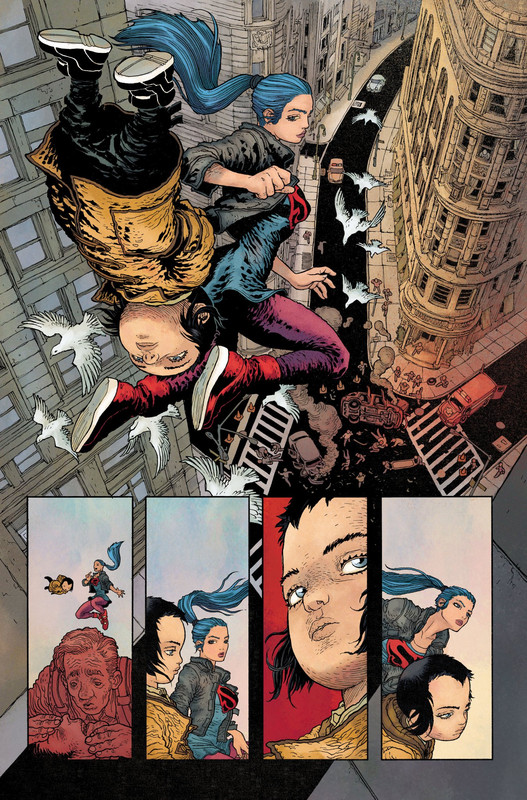 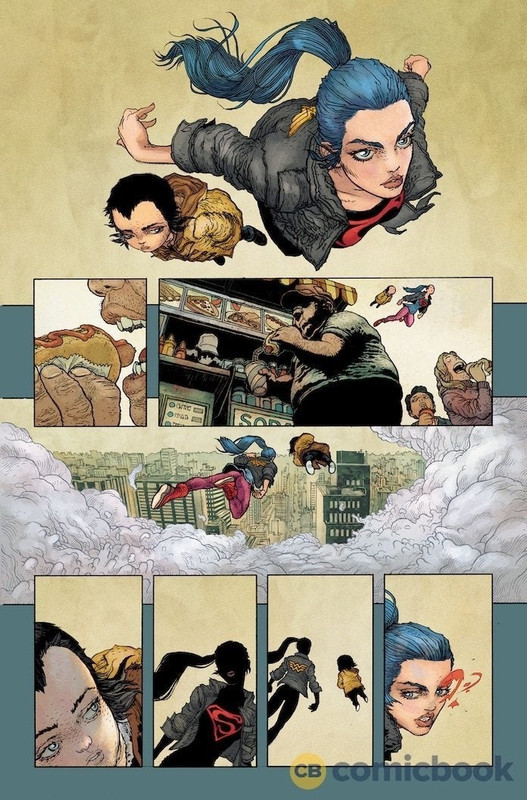 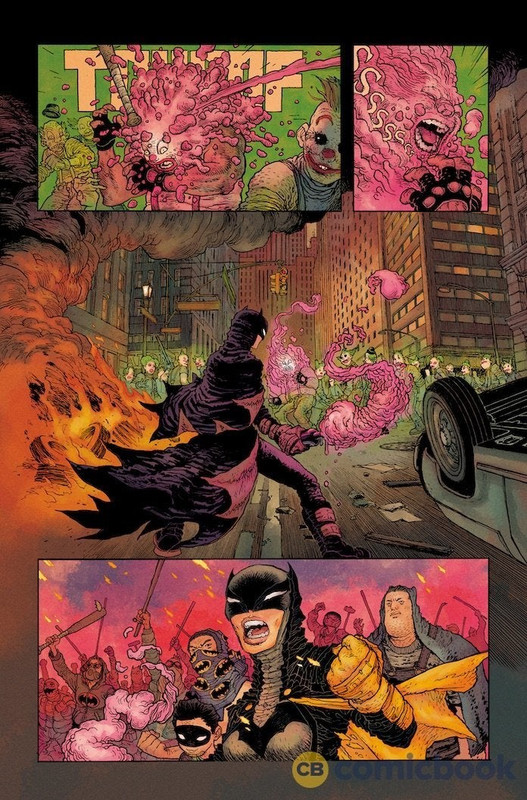 
In a move that would impress Uma Thurman's version of the character from Batman and Robin, Ivy blasts the unsuspecting heroes, and Wonder Woman immediately goes after Batman and asks what's beneath his kevlar armor. Meanwhile, the Man of Steel decides to show Harley his pecs of steel, flexing and grossing her out in a display of toxic masculinity. 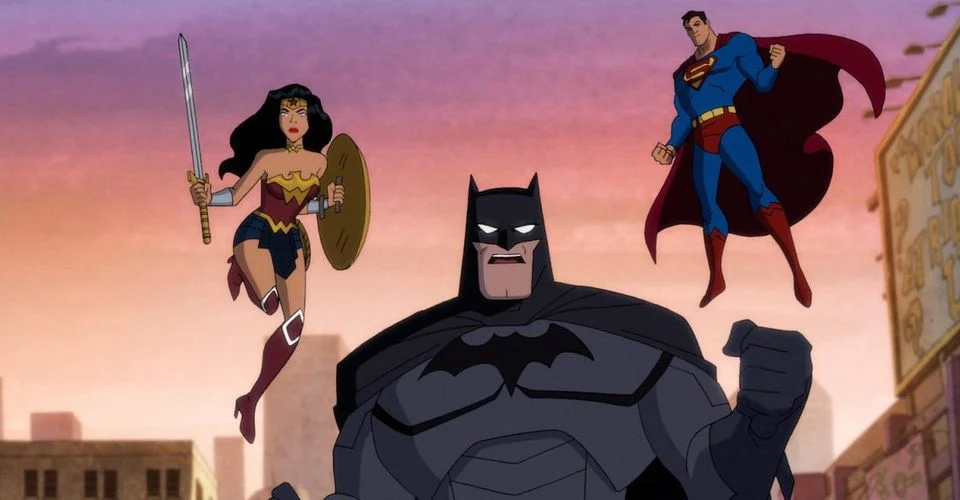 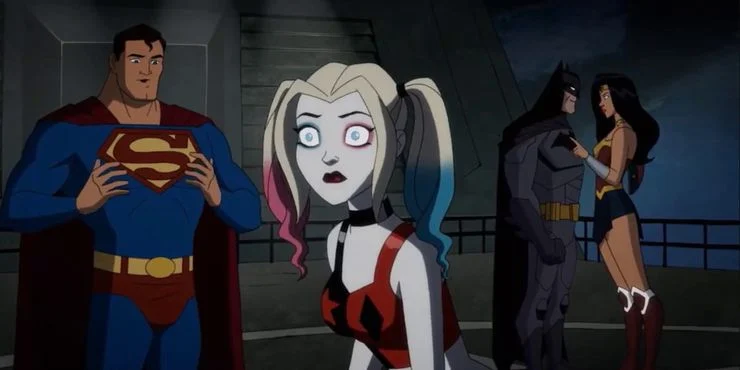 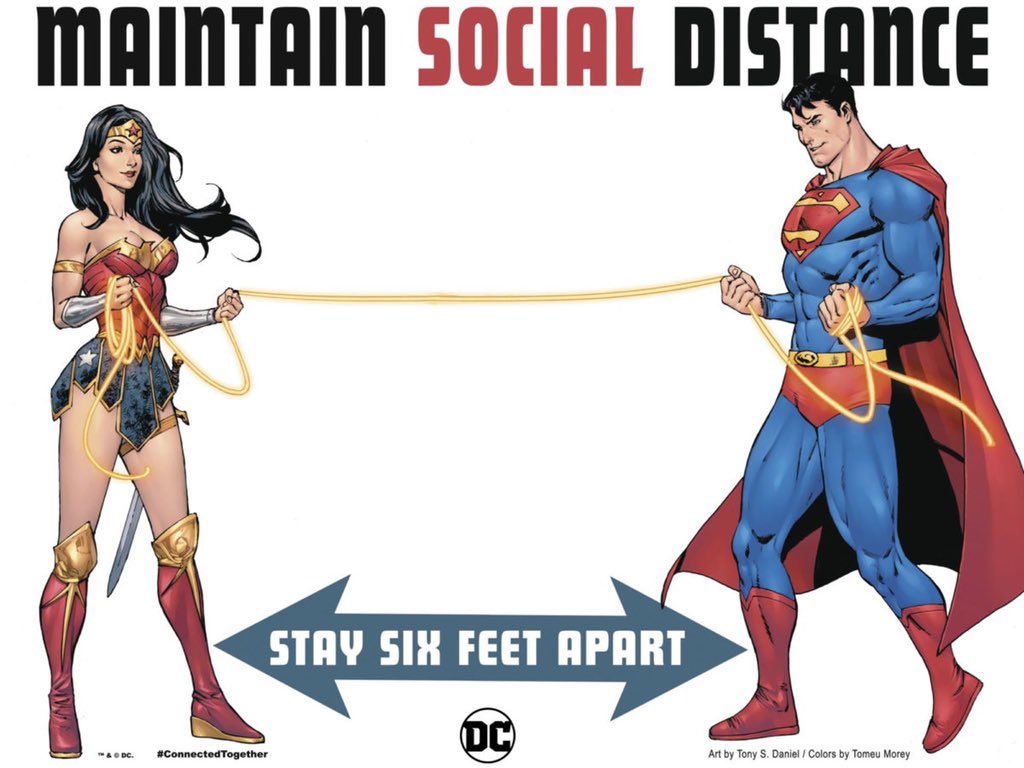 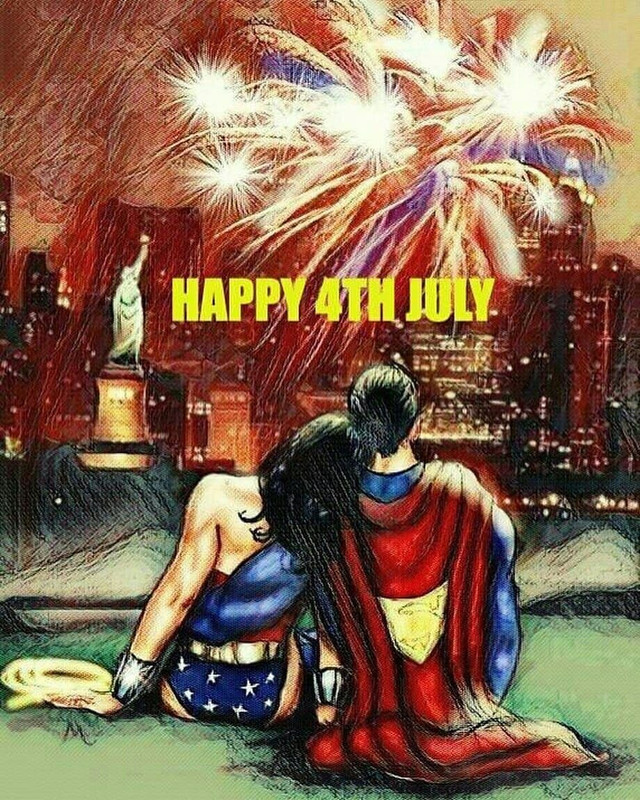